Every now and again when reading articles and research on dementia, there comes along a piece of research that just sticks in your mind as an absolute gem of a finding.

One such piece of research, for me, was that by Dr Christina Buse and Professor Julia Twigg from the University of Kent. Although the research was carried out several years ago, it is still relevant today and in fact, is absolutely timeless.

Recognising that handbags have always occupied a special place in the lives of women throughout their lifetimes, Buse and Twigg set about finding out what significance handbags still played, if any, in the lives of elderly women with dementia.

The researchers set the scene:

“Freighted with social and personal meaning….(handbags)….are about much more than the practicalities of life. They are items of fashion, markers of public identity and status….they are also intensely private.”

As a dementia family caregiver, I was well aware of the loss of identity and sense of self that the condition can bring. Sadly, I knew only too well that it can also disrupt feelings of “being in the world”, causing a sense of detachment in the person’s connections with family and friends as well as with material objects.

The research study aimed to investigate if this very personal female accessory still held meaning for women after a diagnosis of dementia. I was intrigued to find out more.

The study was made up of people with dementia who lived both at home and those who had moved to a care home.

Rather than being cast aside and forgotten about, the researchers found that in elderly women with dementia, handbags actually took on a whole new significance.

They became instrumental in supporting the identities of the women in the study as ‘biographical’ objects — both in terms of the bags themselves and the objects they contained.

As described by the researchers, they became an ‘extension of the self’ or an ‘identity kit’ — a literal container for the self.

A quote from the study explains:

‘Unclasping a bag is like taking the cap off a whistling kettle: genies of memory escape.’ 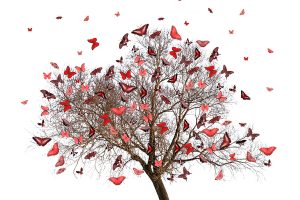 Smoothing the transition from home to care home

Another key area in which the researchers found that handbags took on a significant role was on moving into a care home. With the loss of familiar objects at home, handbags took on a new function in helping to retain connections with memories and identity.

In fact, the research team found that handbags acted as “transitional’ objects, helping to aid connections to history and familiarity. 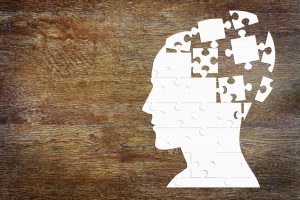 The handbag became an item that the women constantly held on to, carried or clutched against the body. The constant clutching of their handbags for many in the study suggested that they were ‘not at home’

Carrying a handbag was also found to be a strategy for creating a sense of private space, something that is difficult to do when most of the day is spent in public areas. In this way, the act of carrying a handbag in itself evoked comfort and security, while its loss evoked the opposite – anxiety and frustration.

As a family carer at home, I loved reading up on this research paper as it helped put together yet another little piece of the puzzle.

It also offers food for thought.

As a society, maybe it’s time to stop thinking of elderly people with dementia as one big box of “behavioural” symptoms. As the saying goes: “A lot happens just underneath the surface”. We just need to take the time to look.

I would love if you would share your own personal experience relevant to this article or would like to add to my thoughts on it.